Brief outline of education/qualification background:
I joined the Royal Air Force at 17, and although I received excellent training and education throughout my 23 year career, this was not recognisable outside of the military and more so when I moved to Canada.  Accepting this I decided to, because of my new 2nd career (which I sort of fell into), to study for my MCIPS.  Later I completed a certificate in change management – which actually helped me decide on the subject of my dissertation which was ‘succession planning and knowledge management’.

What was your motivation for studying for a master’s degree?
I would like to say that I felt like the odd one out, with my wife getting her degree as a Nurse Practitioner and my daughters getting their degrees in Nursing and Medical.  Seriously though I found that after spending the last 3 years at school not only was I in the scholastic mind frame but I wanted to prove to myself that I could accomplish this.

What attracted you to studying with MDC?
I actually saw the advertisement in the CIPS magazine, and thought that the timeframe fitted nicely into my schedule.

How did you find your first residential weekend?
I really enjoyed Moor Hall.  I did have to kick myself on the first Friday as we were still in class at 11PM – but the majority of the cohort were also from various countries around the world, so Canada was not that far to travel when thinking of students travelling from Zambia & South Africa!   The accommodation and food were great.  I was fortunate enough to meet some great people from afar.  I even found time to run around the local footpaths and fields which was great as back in Canada we were knee deep in snow by then.

What advice would you give to someone deciding between this programme, an on campus programme or a distance learning programme?
I think it’s important to understand that you are doing this for yourself, it’s not mandatory no one will be dishing out detention if you do not complete an assignment on time; you would only be letting yourself down.  I do feel that starting each assignment early is the way to go and you have to be dedicated when it comes to the dissertation and tackle it piece by piece, break it down and set yourself goals – I set myself a minimum of 500 words per day when I started in earnest.

What does it mean to you to have graduated with a master’s degree?
It means a great deal to me.  Negotiating contracts entails that you usually meet with personnel from the same corporate level, so having relevant experience and being a subject matter expert is one thing but I feel it is very important to back that up with a solid, reputable educational background.

What has the reaction (to your graduation and to your achievements) been like from your family, friends and colleagues?
Everyone has been very complimentary the plaudits from colleagues and vendors have been rolling in.   My wife has been very supportive, I think because she flourished magnificently in her retail therapy that was thrust upon her when I was studying….

How has your career developed since graduating?
I have registered and been accepted to commence my Masters Certification in Project Management which starts in November this year at Saint Mary’s University from Nova Scotia.

Has your degree opened doors for you which wouldn’t have otherwise been an option or that you had never even considered?
No not really, but then again I was not looking for a career change.  It is sufficient to know that I managed to pass.  I am relieved and proud of my accomplishments, perhaps there is an element, sub consciously that would have preferred that I did all this years ago – but then perhaps the timing was not right.

Any other comments:
You’re never too old to learn.  Having all this information at your fingertips is fantastic – we should all be a lot smarter than what we think we are!  Finally, I would like to thank off the individuals who helped me through the last 18 months, to the individuals who took time away from their businesses so that I could collect my primary data and to Gina (Virginia) Parselle, who told us on that 1st Friday back in October 2014 that we would evolve from being intellectual worms (humour) to become “MASTERLY”. 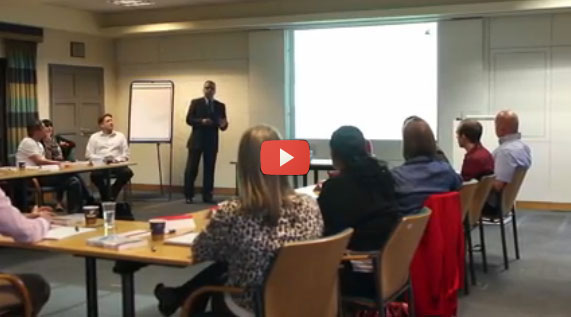 Call Frances on
01429 839254
for more information or find out more by filling in our online form below:

Full member
Fellow
Student member
Not a member yet

Where did you hear about us?

I consent to MDC LTD contacting me for marketing purposes via:

We never share data with third parties and we won’t spam you with lots of marketing emails.